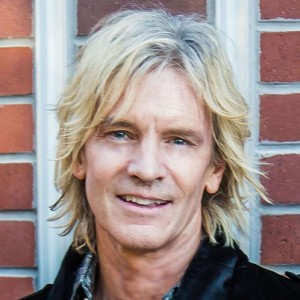 I am a lifelong musician and entertainer. In 2012, after years of toiling in the clubs, I was finally living the dream, touring North America as a member of the legendary platinum rock band BOSTON.

After the shows, the band would often meet with rabid fans backstage.

“I saw you at the Long Beach Arena in 1976 and you were awesome! That was the best concert I’ve ever been to in my life!”

Interestingly, these fans didn’t seem to care that I could not have been an original member of the band. They were experiencing a memory, and they were eager to share.

“Yeah, so anyway, me and my buddies went to the show and you were amazing! Best singer I’ve ever heard, and you haven’t lost a note!!”

I would finally give in: “Thanks dude!”

It felt weird for accepting accolades for a show that I had nothing to do with. After all, I was just a kid in 1976 and I’d started playing guitar after hearing the first Boston album!

Upon reflection, I realized that these fans were experiencing a powerful, uplifting and profoundly meaningful emotional connection with a special moment in their lives. My presence at this meet-n-greet was only material in that I had just performed many of the same songs these people had heard way back when.

The ability of people to “tune out” reality in order to tune in a memory left an impression on me.

For the rest of the tour, I resolved to just let them enjoy their moment, regardless of whether or not I’d actually been involved. At the end, a simple “Thanks, dude! Appreciate your support!” always sufficed.

Then, in the summer of 2013, a charity asked me to perform songs for the kids in the Pediatric Oncology ward at Miller Children’s Hospital in Long Beach, California. I remember wondering what it would be like, being around all these poor, suffering children. How would it feel? Would I be able to handle seeing these poor children in such a dire health situation?

Any fear I had was quickly abated –it was a non-stop love-fest from the moment I walked into the building, with the children and their parents embracing me with (literal) open arms. It was easy to see that the patients, their parents, and even the staff were overjoyed. Their reaction informed me that what I was doing was good.

I came away from that visit with my own powerful, uplifting and profoundly meaningful emotional experience: I wanted to keep bringing live music to patients and their families in these extremely trying circumstances in order to lift their spirits, ease their burden and help them understand they were not alone.

Thus, the idea of Harmony & Healing was born.

Now the goal is to get as many live musicians in front of as many hospital and hospice patients as we can, bringing them soothing and heartfelt live music that resonates in their souls, brings them solace and gives them hope for tomorrow.

I appreciate your support of Harmony & Healing!

Made with ❤ by Boomcycle